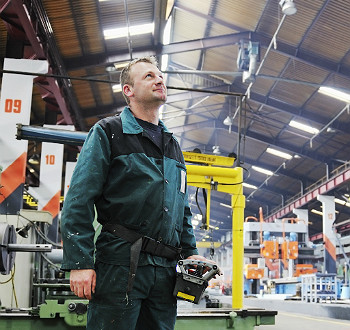 A shift differential is an extra bump in pay that some workers make for working outside of normal business hours. Shift differentials aren’t required by federal law, but many companies, especially in the manufacturing industry, offer them as a way of encouraging employees to take an “undesirable” shift such as the night shift or a weekend shift. Differential pay is defined as a situation in which a worker makes more than they normally do for taking on additional work or work that other employees don’t want to complete. You may have already heard of hazard pay which is another example of differential pay and which refers to situations where workers are offered premium pay or perhaps even a bonus for performing dangerous work.

How Is Shift Differential Pay Determined?

Since differential pay is an internal company policy and not something regulated by the government, there’s no standard way to pay it. Most businesses will outline how they handle a shift differential, if they’re offered at all, in the employee handbook if not at the time of employment.

In most cases, differential rates of pay are calculated by taking a worker’s regular hourly wage and then adding an additional percentage of that wage. That’s the ‘shift differential’, the extra percentage added to the normal rate.

Since most workers at the factory are eager to get home early, most will prefer working the first shift. The second shift, from 2 p.m. to 10 p.m. is usually far less desirable.

How Does Overtime Work With A Shift Differential?

While shift differentials are entirely up to a company, they have to be included in overtime pay calculations. There’s no exception to this rule; it’s federal law.

Here’s an example to illustrate how overtime pay should be taken into account when your workweek included differential pay:

This week, Jane worked 4 day shifts and 2 night shifts. That’s a total of 48 hours, and Jane is entitled to overtime under the Fair Labor Standards Act, so how much should she make for the week?

First, we need to calculate Jane’s “straight-time” pay, which is how much she would make per hour without overtime added. We’ll use this number to figure out Jane’s overtime wage.

Now we need to calculate Jane’s “regular rate,” which is her straight-time pay divided by the number of hours she worked:

When we multiply Jane’s regular rate by 1.5 (since overtime must be paid at one-and-a-half times a worker’s regular rate), we’ll come up with her overtime wage:

What Are “Normal Business Hours” Anyway?

Does anyone work a “regular” 9-to-5 anymore? Or an 8-to-5 for that matter? The idea that a “normal” workday lasts from 9 in the morning to 5 at night has been cemented in American culture since at least 1980 when Dolly Parton sang those immortal lines:

Dolly’s working-class takedown of corporate drudgery is certainly accurate, from at least one standpoint. Many of us drudge, and we’re working long hours for lower pay than our predecessors. But her invocation of a 9-to-5 workday has always been closer to myth than reality.

Americans have almost never worked for only 8 hours a day. Prior to the Civil War, industrial workers would toil from sun-up to sun-down – often without a break. During the Industrial Revolution, between roughly 1760 and 1840, 16-hour workdays weren’t uncommon. Factories were built to increase efficiency, and that meant squeezing every second of productivity out of human labor.

But once the War ended labor movements began calling for “time to live,” according to Robert Whaples, an economics professor at Wake Forest University. Working for two-thirds of a day just wasn’t sustainable. Speaking with the Chicago Tribune, Whaples said workers of the time rallied together under a call for: “Eight hours for work, eight hours for rest, eight hours for what we will!” In effect, laborers were clamoring for a more equitable distribution of their time, one that would split the day equally between work, personal interests, and time to recharge their batteries.

Eight-hour days slowly became the norm. In 1914, Ford Motor Company introduced a standard working day of 8 hours and found, to everyone’s surprise, that productivity actually increased. Within two years, the company’s profit margins had doubled, according to Leonard Widrich at the Huffington Post. Other companies followed suit, and eventually, even the Federal Government caught on.

In passing the Fair Labor Standards Act (FLSA) in 1938, Congress normalized an 8-hour-workday in the form of a standard 40-hour-workweek: eight hours a day, five days a week. Work any more than that, and most employees would be entitled to overtime wages. So Dolly’s song would have played well in the 1940s. It would have made sense to people.

While the FLSA’s 40-hour-workweek still holds good, and workers who spend more than 40 hours on the job in a single week are still generally entitled to higher overtime wages, how – and how much – we work has changed drastically.

Blurring The Line Between Work & Rest

Manufacturing jobs, the inspiration for “9-to-5,” have disappeared. Between 1979 and 2015, American workers lost more than 7 million jobs in the manufacturing industry.

The power of unions has crumbled, and with less power in the workplace, laborers across the country have become unbelievably vulnerable to abuses of their labor rights. People who were once “employees,” and thus entitled to overtime, are now being classified (often illegally) as independent contractors. Either that or they’re being classified as “administrators,” “managers” or “professionals,” other types of workers who aren’t legally entitled to overtime.

Those changes, some legal and some not, have made the number of hours worked less and less important. Of course, there are still plenty of people who work for an hourly wage, almost 76 million by the Bureau of Labor Statistics’ count. But work, and this seems to be a relatively recent development, has a way of spilling into traditionally non-work hours. Lunch breaks, for one, are no longer the sacred hour of rest they once represented. Many of us now eat at our desks, and we often take care of left-over tasks on weekends.